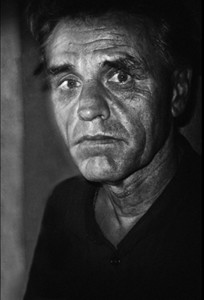 Beat Presser was trained to become a photographer and cinematographer in Basel, Switzerland, where he was born and raised, then in Paris and New York. After his education in photographic studios, darkrooms, on filmsets, advertising agencies and newspapers, the Cooper Union University in New York and other places he started work as a freelance photographer and cameraman on his own account. And worked over the years in many different fields: Fashion, Advertising, Portrait Photography, Industrial Photography, Reproduction of paintings, for Newspapers, as a director of photography for documentary-, advertising- and featurefilms and he edited The Village Cry his own photography newspaper in the mid seventies.

In 1981 he was invited to become the still photographer and assistant cameraman for Werner Herzogs epic Fitzcarraldo, starring Claudia Cardinale and Klaus Kinski. A unique experience for the now 29 year old. In the jungle of Peru, during the difficult and seven months long realisation of Fitzcarraldo, for a first time he takes notes and starts to write short stories, all written longhand in small little books that would fit into one of his pockets, always ready to register impressions, observations and incidents. But it took another 25 years till his texts were published. Nevertheless already twelve photography books on different subjects on his early work, the Swiss Alps, on Klaus Kinski and Werner Herzog, on Architecture, Buddhism on Magic Places and other themes have been published by now.

Apart from commissioned work as a photographer or on filmsets earlier on, BP organises exhibits on his own work, teaches photography as a guest professor in different universities around the globe and he invests every penny he earns into his own projects. And he travels the world, with either his Hasselblad or Leica and at least 100 black and white films in his camerabag, always with the intention to bring back photographic stories from places not many people dare to go.

In 2009 BP travelled to East Africa to learn more about the Dhow culture and lived for 6 months on many different sailing vessels in the Indian Ocean along the East African Coast. Since his five year stay in Madagascar in the early 90-ties he was fascinated by this topic. What kind of ships did the first settlers in Madagascar arrive on? Where did these nomads of the wind – those who first explored the sea – come from? From Africa, Arabia, India, Indonesia, the South Seas? How were these ships built and equipped that made such long and exhausting voyages? What has changed over the millennia and what has kept this tradition of sea travel alive?

A fascinating research, a unique book with black and white photographs named “Dhow, Beatus Piratus on Sindabad’s tracks”. With a text written by the author, all in longhand, like 30 years ago in a small little book.

Now Beat Presser research continues. In the Indonesian Archipelago. From island to island. From boat to boat…